How to Identify Common Lawn Pests

October 30 2018
Most homeowners like to have a healthy, thick and green lawn. However, pest invasion can cause your grass to turn brown. It is advisable to learn different pests that can invade your lawn. Some of the common signs of a pest invasion include dead grass, brown spots, and wilting blades. Underground pests dig tiny holes in the garden.
Read on to learn how to identify lawn pests.
1. Grubs
White grubs are the larvae of scarab beetles such as the Japanese beetles and masked chafers. They mostly feed on grassroots during spring and summer. Generally, grubs mature within a year. Mature caterpillars dig holes before winter. If a grub invasion is intense, it leads to wilted blades and brown turf patches. Crows, moles, and skunks like feeding on grubs.
2. Chinch Bugs
Different species of chinch bugs can attack your lawn grass. Some chinch bugs such as hairy chinch bugs are common in America. They suck on tender grass blades. While feeding, they produce an anticoagulant which prevents grass from absorbing water. Eventually, it withers and dries up.
Chinch bug invasion is prevalent from June to August. Initially, a purple tinge occurs before the grass turns yellow and brown. You can easily mistake it for natural withering, but a close inspection can help you spot the bugs.
3. Sob Webworm
A sob webworm is a larva if the sod webworm moth. Young webworms are about 1 inch long, and they are green or brown. Adult moths have an evident protrusion which resembles a double snout. Sod webworms feed on grass stems and blades. They cause extensive damage to lawns. Often, the turf has numerous holes that birds create as they feed on the worms.
4. Armyworm
Armyworms are 2-inch pests whose color ranges from gray to pink depending on their species. With time, they mature into brown browns which you can identify at night.an armyworm can produce three generations from spring to summer.
In its initial stage, it is tricky to detect pest invasion in a lawn. If you identify grubs, chinch bugs, armyworms, and sod webworms, you can control them with insecticides.an ideal insecticide doesn't damage flower, fruit, ornamental and fruit gardens. It protects your lawn grass for three months. 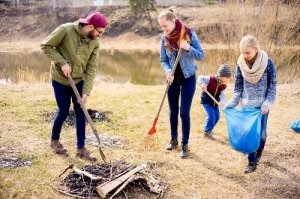 March 23 2020
Our Southeast Michigan weather will continue to turn from hot to cold and sunny to rainy or even snowy. No matter what it wants to do, now is the time for your spring yard clean up! You won’t need to worry about the mowing just yet. However,...
Read More... 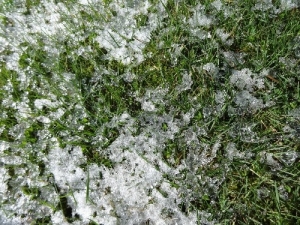 Winter Lawn Care Tips for a Healthy Lawn in the Spring

February 19 2020
Taking care of your yard is a year-long task. As with most maintenance, there will be busy seasons and low seasons. Make sure to keep up with your lawn care throughout the year to maintain its ongoing health. This continued maintenance can also help...
Read More... 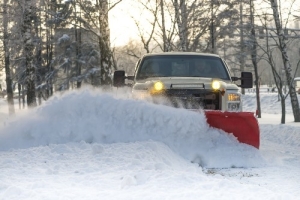 January 17 2020
Snow is an exciting adventure for kids. From snow days off school to sledding with friends, a snowstorm can be a great time. But as a business owner or property manager, snow can be a danger to your employees and customers as well as a disruption in...
Read More... 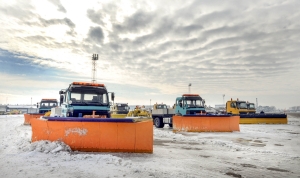 December 6 2019
Having a solid snow removal service for your business to cover the winter before the snowstorms hit is crucial to your business continuing operations without any downtime or safety concerns. Snow and ice management is no easy job, but it is a...
Read More... 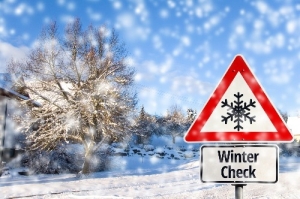 Take Advantage of Our Pre-Season Inspection Before Its Too Late

November 4 2019
With Halloween out of the way, it is time to look toward the coming cold season. Winter winds, sleet, and snow are on the way, and it is only a matter of time before your property has to be ready to fight off the storms. The time to prepare for the...
Read More... 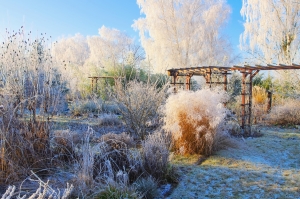 Winterize Your Lawn by Taking These 5 Protective Steps

October 11 2019
Plants need love all year round, not just during the summer. After all the fun in the summer sun, it is about time to prep for the winter. Now that Autumn is here, give your yard the love it needs to blossom next year. Keep reading to learn our...
Read More... 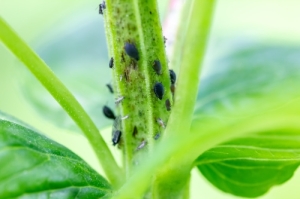 September 17 2019
The fall is a great time to soak up as much of the outdoors as you can before it turns cold. The overwhelming heat is out at this point so you can comfortably play some backyard games, barbeque some nice meals, or get cozy near the fire. Then the...
Read More...

August 20 2019
Getting the beautiful green lawn takes little steps that end up having a big impact. Watering and even the timing of water becomes important to the healthy growth and maintenance of your yard. Other proactive steps you can take only happen a few...
Read More... 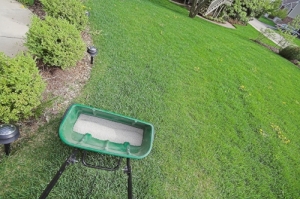 July 26 2019
People put intense effort into their lawns as a welcoming gesture for the neighborhood and their home. We have seen some bad habits in the past that ultimately limited the growth of their grass. There are sustainable steps you can take to help your...
Read More...

June 17 2019
Summer is here, and people already have their mowers out. We have seen some common issues with lawns. To help keep your grass growing strong and healthy, follow our tips below. Mow Often And Not too Short A mistake so many people make with...
Read More...

Spring Overseeding to Correct Bare Patches in Your Lawn

May 20 2019
Keeping a lawn healthy is not an easy task. With children, pets, neighbors, weather, and any pests always wearing down your grass, it is no wonder that thin or empty spots appear over time. Regular watering and gently asking strangers to stay off...
Read More...

Help Your Tree Remain Strong This Spring Through Pruning

April 18 2019
Maintaining your yard is a lot of work. You have to plan ahead of time to get each section of your landscaping to work together to welcome your family and guests to your safe place. Keeping up with the flowers, shrubs, and maybe your garden adds...
Read More...

Protect Your Tree This Winter

March 13 2019
Lawn care takes a back seat when the winter weather blows in for the season. People leave their rakes and lawnmowers in the garage while trading for the shovels and snowblowers. Don’t forget about your trees when the grass stops growing....
Read More...

February 18 2019
With winter in full swing, it can be a tough call to decide how to manage the weather. When ice or heavy snow build up overnight, your business feels the impact in the morning. The Livonia area has been hit with some extremely cold days lately. The...
Read More...

Qualities To Look For In A Commercial Snow Service Company

January 31 2019
It is that time of year again! Winter has come in a big way and you are surrounded by a gorgeous wonderland of snow. As beautiful as it is, the mountains of white powder make it tough to come and go, especially each year as you get older. It is...
Read More...

Why Should I Hire A Commercial Snow Service Company?

December 20 2018
Snow removal is an unfortunate part of winter, and business owners and homeowners need to make sure that snow is removed to be able to go about their day. One of the ways to easily make sure snow is removed is by hiring a commercial snow service...
Read More...

Caring For Your Lawn In The Winter

November 28 2018
Despite what you may think, lawn care doesn’t end in the winter. It may not require as much care as it does the other three seasons, but you don’t want to ignore it. This will help you make sure it’s still good when springtime...
Read More...

Preparing Your Lawn For The Fall

September 27 2018
As fall weather takes root, it is advisable that you change your gardening practices to get your lawn ready for the season ahead. Start your work about five to six weeks before the first freeze. Here are a few tips that you can use to tend to your...
Read More...

Keep Your Lawn Weed Free With These Tips

August 24 2018
A well-maintained lawn is the ultimate landscaping hack. Not only does it elevate your home's curb appeal, but also affords you an ideal locale to host friends and family. However, most homeowners find it difficult to keep their lawns weed free....
Read More...
Page: 12 - All
This is my third year with Independent Lawn Service™ and I couldn't be more pleased.

Independent Lawn Service™ has done a delightful job with consistent results at the last 2 homes I've lived in since 2014. They can revive and reverse a lawn neglected and over-run by weeds, quack grass, and other undesirable traits. I don't know what their "secret sauce" is, but they do fantastic work and are dependable if you need specialized assistance. I will keep using them. Thomas M.* via